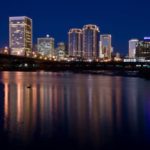 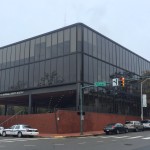 The legal field is extremely large and complex. Most Richmond VA Lawyers specialize in a particular area of law. Attorneys that do not focus their law practice to a specific area are called general practitioners. If you are searching for a Richmond VA attorney to help you solve your specific legal problem, then you have now come to learn that there are many different types of lawyers. Regardless of your legal problem, there is a Richmond Virginia lawyer out there who specifically deals with your issue and can help you.

Criminal Law. If you or a loved one has been charged with a crime, then a Richmond VA Criminal Lawyer is the type of lawyer you should turn to. Our skilled criminal attorneys are knowledgeable in areas related to criminal law, including issues related to bail, arraignment, arrest, pleas and any issues relating to the criminal trial itself.

DUI Law. Driving Under the Influence (DUI) is a specific type of criminal offense. Any motorist who has been drinking alcohol or using drugs, and chooses to operate a motor vehicle, runs the risk of being pulled over by a police officer. Failure to satisfactorily complete a series of field sobriety tests or a breathalyzer test will trigger an arrest for DUI. In that situation, you will need to hire a Richmond DUI lawyer to handle the case. A good DUI lawyer can handle all aspects of the case from start to finish. A competent lawyer will clarify the legal issues and make sure the client understands what is happening and what will happen in the months to come. There may be several hearings, including a trial. Our DUI attorneys will assist you every step of the way whether its challenging the constitutionality of the traffic stop, the validity of the breath test or arguing for a reduced sentence.

Traffic Law. Many think they can represent themselves if issued a traffic ticket. This is sometimes the case, but the Virginia traffic law can be more complex than you think. A good and honest Richmond Traffic Attorney should be able to quickly tell you whether a case is worth it or not. Reckless driving is the most popular type of traffic case. Every reckless driving case is worth defending.

Choosing a good Richmond Virginia Lawyer can be an overwhelming task. The internet and phone book are overrun with lawyers. Do your homework before you retain a Richmond VA attorney. Word of mouth, reviews from prior satisfied clients and lawyer ratings are often a great way to find a reputable attorney.